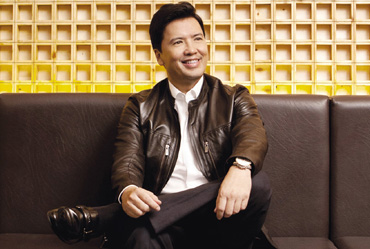 With over 25 years of experience in the industry, John is a true marketing genius – the perfect combination of natural marketing brilliance, entrepreneurial instincts, and the openness and humility to constantly learn new things. It is no surprise that he has an array of the country’s best world-class brands.

John bought Selecta in 1990 and went head to head with a dominant ice cream brand. This marked the start of a “David versus Goliath ice cream war”. In seven years, Selecta grew 12 times, and successfully led Selecta into market leadership within Metro Manila. In 1999, John and his elder brother Joey successfully negotiated a joint venture with Unilever, a multinational company with one of the most successful impulse ice cream businesses in the world. In 2005, he led the team through a deeper understanding of the ice cream market, as well as a One Selecta mindset, which became the foundation of how the business would operate moving forward.

John is also the CEO and President of The Standard Hospitality Group (SHG), a company that manages Yabu and Ippudo in the Philippines.

John is very particular in getting the right people. Never settling for mediocre performance, he encourages his people to always deliver their best work. He demands nothing less than excellence from his team, thus, they themselves strive for excellence.

He is also the foremost advocate of the consumer. He ensures that all decisions, even the small ones, will benefit the consumer. He humbly admits his own mistakes, and is unafraid to stand up and keep trying in the face of failure. He believes that a clear vision, and a passionate leadership, will ensure that the team will continue to be motivated to support the vision.

John leads his people by setting an example through his actions rather than formal instruction. He is patient in mentoring his people, passionately instilling his vision and work ethic. He encourages them to take risks while taking ownership of their brands.

Lastly, John crafted a clear vision for the company and nothing can sway him from it.  All companies have a vision, but few have leaders who actually live, breathe and BE that vision. 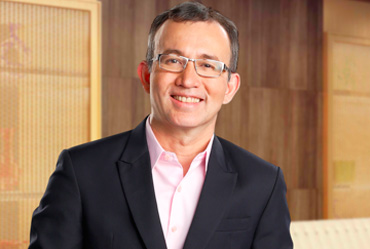 Noel is the President and CEO of MediaQuest Inc., CignalTV and TV5,  heading the group of Multimedia and Integrated Advertising. He is also the President of Alagang  Kapatid Foundation since June 2013.  He serves as Director for a number of companies: Smart Communications, Philippine Star, BusinessWorld, PLDT International and mBank to name a few.

Under Noel, Unilever Philippines won its first Cannes, likewise Unilever Malaysia won the prestigious EU Business Excellence under his term as Chairman.  His Smart Live More Campaign was one of the most awarded communication campaigns in 2012.

Noel is a visionary and a brilliant ‘ideas person’ who has influenced his people not just as a marketer but as a leader. Noel’s marketing prowess and leadership skills combined have allowed his companies to make great strides towards a sustainable better future.

Leaders are best measured not by how much they take but by how much they give to and draw from those they work with. He is one of the few leaders who inspire so much belief and confidence from people both big and small. 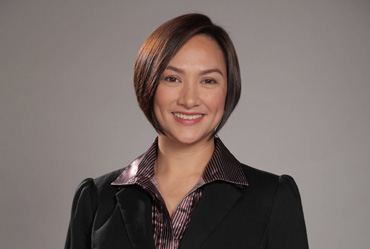 Didith is a seasoned marketer with 23 years of solid experience in sales and marketing in various industries. She started her career as an accounts executive for J. Walter Thompson and moved to URC as brand assistant. After her URC stint, she then moved as product assistant to San Miguel Brewing Group and later on transferred to GlaxoSmithKline where she moved her way up to Business Manager handling both marketing and sales.

During her stint in GSK, she launched three blockbuster brands in the Philippines and led a big marketing team responsible for almost 40% of total GSK Philippines business. She also led a culture-change process on customer service across GSK Philippines making the GSK sales force the “most admired sales representatives” by doctors.

After her GSK role, she then moved to Western Union as Senior Business Development Manager helping augment payment and remittance facilities for the OFW market. She successfully launched the PNB-Western Union partnership in Europe, North America and Asia.

She later transferred to Roche Philippines as Business Unit Director and later on took over the leadership for the entire In-Field Operations.

Unlike typical marketing mentors who just teach technical skills, she always takes the extra effort of teaching the value of “leadership.” She has taught her people that no brilliant marketer can climb up the corporate world unless he or she has selflessly gained the skill of managing people. She made them understand that EQ, not just IQ is what one needs to succeed in the corporate world. One can be the most creative, fastest, or most strategic marketer out there – but without the skill of building relationships or engaging cross-functional teams, a marketer or salesperson won’t get far. 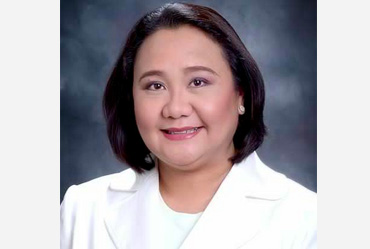 As the marketing lead for over 10 years in McDonald's Philippines, she was recognized as a Brand Ambassador by McDonald's Asia Pacific Middle East Africa (APMEA) Women's Leadership Network in 2010. Margot also participated in the Regional Creative Review Board of McDonald's for APMEA since 2010 and has served as Professor in the Worldwide Hamburger Marketing University in 2013, 2014 and 2015.

As a Marketing thought leader, Margot has been active in the Philippine advertising industry as the President of the Philippine Association of National Advertisers (PANA) in 2010 and 2012. She was also the overall Chairman of the 21st Philippine Advertising Congress in Subic in 2009.
Over the years, she has opened several opportunities for her people that enabled them to improve and grow as a marketing practitioner and move up in their respective careers. Aside from imparting fundamental marketing skills and practices, much can be learned from Margot from her tenacity to always keep learning to people skills.

She instills and values partnerships, exercising marketing leadership in everything she does.  She also has a spirit of “volunteerism” – as seen with involvement in various industry organizations; and her willingness to share her time and knowledge with students as her way of giving back is admirable.

She was awarded the Agora Award for Excellence in Marketing Management by Philippine Marketing Association in 2010 and was the first ever Tambuli Awards CMO (Chief Marketing Officer) of the Year by the University of Asia & the Pacific in 2011.