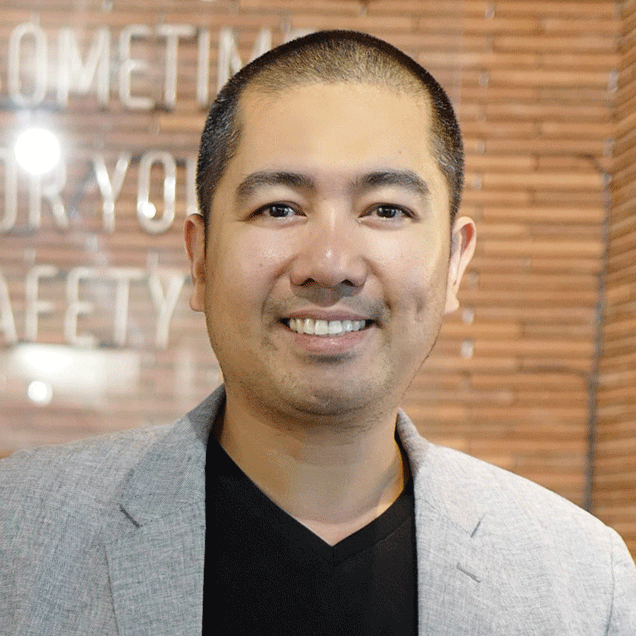 A leader and not just a boss – this is how DEGsters at Dragon Edge Group endearingly describe their Co-Founder and Chief Evangelizing Officer Dennis D. Balajadia.

The tale of the Dragon began in 2004, out of the personal needs of Dennis and his family. Cycles Baby Detergent was developed when his five kids turned out to have very sensitive skin, and a mild laundry detergent was not available locally. Cradle Natural Cleansers came about as Dennis wanted to protect them by ensuring that their feeding bottles were never compromised. When their family fell in love with Boracay and they knew they had to find a reason to keep coming back, Beach Hut Sunblock was born.

Before becoming an entrepreneur, Dennis worked as a global equities trader and as an operations manager. But he already had an entrepreneurial mindset early on, having come from a family that is involved in pharmaceutical contract manufacturing, Lloyd Laboratories. It is this background that made him instinctively look into customer pain points, coupled with an action-oriented outlook that made him recognize the changing landscape of international business, see opportunities, and take the leap to invest and expand.

Mansmith YMMA winner, Larry Cajucom, credits Dennis for developing his grit. At times when he wanted to give up, Dennis inspired him to go big. He sees Dennis leading by example, always giving his 100% for the company and for his family. This intensity is also seen in his style of mentoring, always guiding the individuals of his team by identifying potential, providing them focus and direction, and then trusting their capabilities in getting things done. Dennis believes that being focused means going narrow and deep.

Dennis completed his Bachelor of Science Management of Applied Chemistry at the Ateneo de Manila University after which he pursued his Master in Entrepreneurship at the Asian Institute of Management. Today, Dragon Edge Group continuously grows and so does Dennis’ relentless pursuit of knowledge. In recent years, he attended the Executive Program Kellogg on Branding at the Kellogg School of Management Northwestern University and the Executive Program on Disruptive Innovation at Harvard Business School. 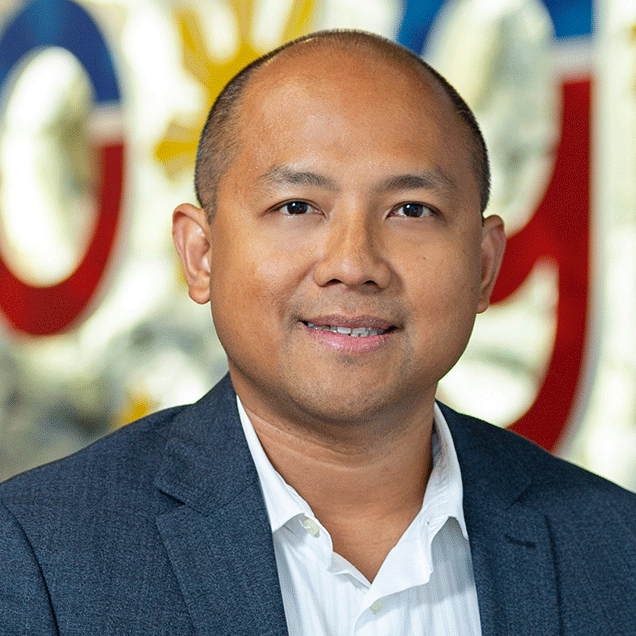 Within the uniquely engaging Filipino-themed offices of Google Philippines, all team members seem to have been forged with invincibility, having been able to experience and withstand the high level Richter scale intensity of Ken-tensity.

Ken-tensity is that infectious passion to create and deliver no matter how tough the challenges may seem, as personified by no less than Google Philippines Country Manager himself, Kenneth Andrew A. Lingan.

More known to all as Ken, he shares that the one reason that has attracted him to joining Google is its amazing mission of organizing the world’s information, and being able to lead the team that would make this mission come alive in the Philippines. He added how access to knowledge is definitely mission-critical in developing the talent needed to move the country forward, and that the Google Philippines team must commit and be aligned with this mission. As the country head, he has been growing online advertising across multiple sectors, such as telecoms, travel, finance, e-commerce and his first love, consumer goods, while also aligning his team members’ individual purpose and goals with that of the company’s.

Prior to his appointment at Google in 2014 and his contributions to the digital ecosystem in the Philippines, Ken first made a significant mark in Unilever. Starting out as a management trainee in Manila who swiftly climbed his way to the top, Ken set-up and operated the laundry services subsidiary before unlocking innovations for the deodorant line that he handled; one of which had a launch that won the prestigious Unilever Chairman’s Path to Growth Awards. He later on took over the Deos Innovation Center, led Home and Personal Care, and went on to leaving a dent in Southeast Asia and the Gulf Region before driving the Deos Category Agenda within Southeast Asia and Australia (SEAA). The cluster recorded its fastest growth in four years driven by strong performance in SEA and ANZ shortly before Ken stepped down as Regional Category Vice-President.

As a mentor, Ken imparts the value of having a clear vision, the power of influence in driving outcomes, and holding on to passion especially in this VUCA world. Mansmith YMMA winner, Mian Datu-David, resonates with this purposeful leadership – that launches are so much more than new products; it is planting seeds that would become a forest, (with reference to one of their innovations), stirring confidence and making it accessible to low-income consumers, and most importantly, that one never just leads a team, one develops future leaders. 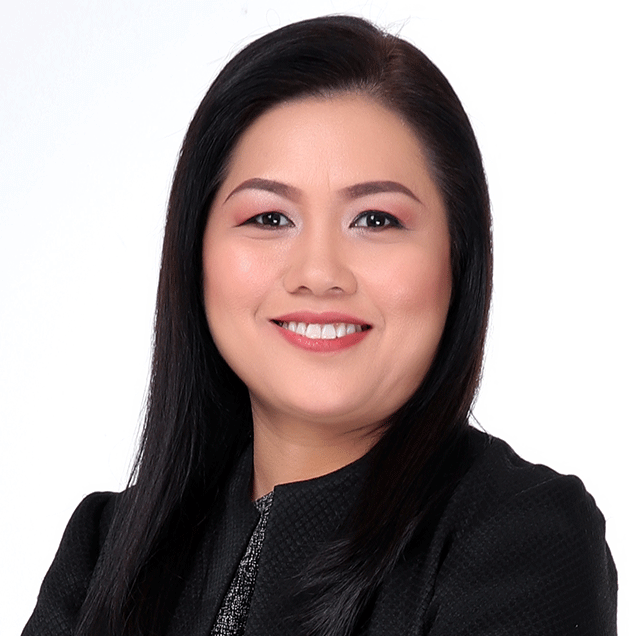 A rose unlike any other, Rosa has a full-grown career at Nestle spanning over two decades now. She has gone from an assistant brand manager to Business Executive Officer and Senior Vice President, conquering snacking solutions and flavor solutions before dotting the region with her steadfast yet humble leadership through her Philippines-Malaysia-Singapore-Malaysia-Philippines assignments. As a former Marketing Advisor for Asia and Oceania (based in Malaysia, and later on moved to Singapore), she also nurtured the markets in South Asia, Southeast Asia, the Greater China Region, and Oceania. At Nestle R&D Singapore, Rosa was Innovation Support and Portfolio Manager, Global Category Champion for Instant Noodles/Snacking, and Marketing Advisor for Asia, Oceania, Pakistan, and South Africa, supporting Food Strategic Business Unit. She led the Malaysia team as Business Executive Manager for Food Division and Senior Vice President, Executive Committee Member, a stint where she spearheaded a turnaround, significant improvement in profitability, as well as increase in brand equity driven by the launch of effective communication, digital acceleration, and consumer engagement initiatives, and launch of effective innovations. It was the same role that catapulted the team to industry recognition – Putra Brand Awards, Gold, and Markies. In her current function back in the Philippines, she reignited the growth and sustained the profitability of two core products – MAGGI Culinary (MAGGI Magic Sarap) and Nestle Dairy Culinary (Nestle All Purpose Cream), while driving and creating competitive gaps across the value chain, focusing on building a strong innovations and renovation pipeline, all while developing more high-powered talents.

She is most admired by Mansmith YMMA winner, Kakam Gabunada, for her resiliency. He relates that when Rosa entered the food business and the kitchen was a mess, she grabbed an apron and took in the heat, a cup of determination, and an ounce of clear-eyed optimism to cook up a strong turnaround; and being the girl on fire that she is, brought the business in Malaysia to its strongest position. Rosa also sees to it that developing individuals across the team should be a priority, to ensure continuity and business sustainability.

Rosa was a Dean’s Medalist at the University of the Philippines when she attended the School of Economics for her bachelor’s degree. 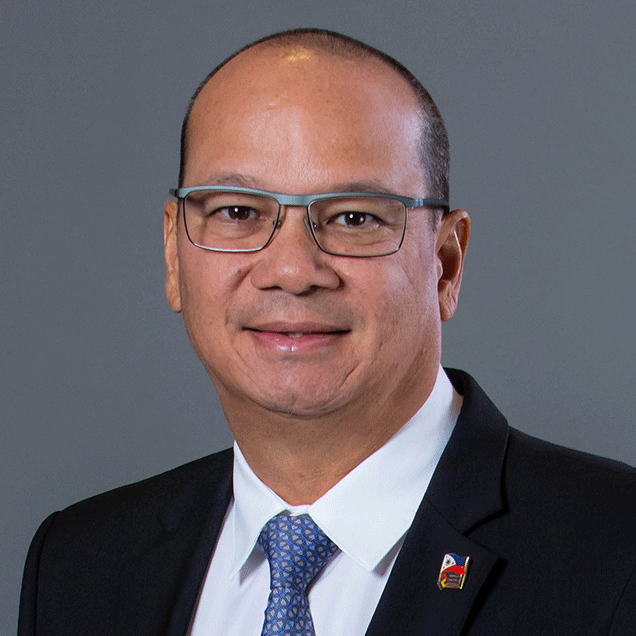 Born into “the house that fried chicken built”, Max’s Group, Inc., President and Chief Executive Officer Robert Ramon F. Trota leads what he calls a consortium of cousins with the mission of building loved brands. Under this consortium, the Max’s group has grown to almost a thousand stores and branches here and abroad.

While they were never imposed to work at a young age, their exposure led them to creating a collaborative internal ecosystem. One of their remarkable milestones is opening for franchising twenty years ago that proved a highly exponential growth. Today, the group is widening its reach as it increases its portfolio of iconic brands that include: Krispy Kreme, Pancake House, Jamba Juice, Yellow Cab, Teriyaki Boy, Dencio’s, Max’s Corner Bakery, Maple, Kabisera, Le Coeur de France, Singkit, and Sizzlin’ Steak. As an owner-operator, Robert is able to keep these brands relevant by continuously understanding customers’ needs through proper research. He also notes being true to shareholders.

With the vision of being the leading Filipino company with the most loved brands by 2025, Robert constantly highlights putting the needs of the customer first as the backbone of what has been their continued success ensuring that they are always extended a service that is genuine, thoughtful, and delightful.

Robert’s appointment to the Max’s Group, Inc. came in early 2014, where he sits in the Board of Directors for most of the Max’s corporations and its affiliates. He has served as Chairman of the Philippine Franchise Association from 2009 to 2013. He also currently serves as President of No Bia, Inc. and at present, he holds office as the Vice Consul for the Consulate General of Ireland.

This third-generation leadership for the country’s largest casual dining restaurant attributes their outstanding customer service to their employees, whom he values just as much. Mansmith YMMA winner, Iceal Penalosa, shows proof to this. Iceal considers Robert as his father, friend, critic, and mentor and he looks up to him for his practicality. Iceal learned timely execution with clear-cut precision from how Robert approaches complex issues with simple and straightforward strategies. To Robert, putting the needs of the customer first can clearly solve anything easily.

Robert gained his Bachelor’s Degree from the De La Salle University and completed programs for effective management and family-owned company governance and management conducted by the Asian Institute of Management.