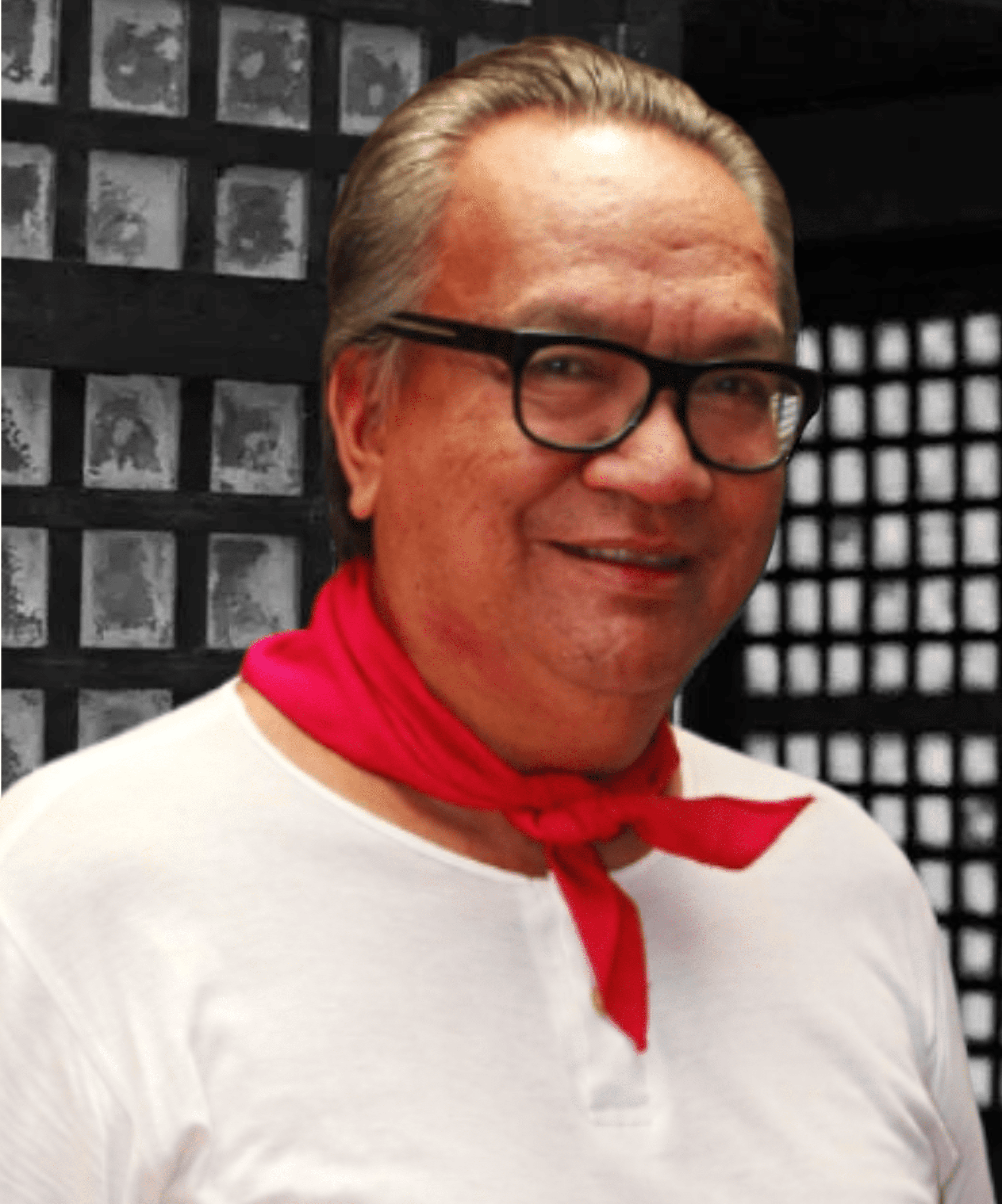 Before becoming a Farmer and the Founder of Villa Socorro Farm, Mars Aaron made a mark during his 32 years in the corporate field. Fresh out of college, with his Chemical Engineering degree in De La Salle University, he passed the board exam, then immediately applied in multinational company, Unilever.

Mars has a unique corporate experience as he was able to work in different departments of Unilever. He was an R&D Specialist, then Technical Manager, had a three-year assignment at its head office in London, became Sales Director, then Marketing Director, and finally, had a general management position as Chief Executive Officer of Unilever’s Food Division. After his early retirement in Unilever, his transition from employee to employer was driven by his childhood dream of becoming farmer. He grew up in a farming community with his parents and grandparents who were also farmers.

Villa Socorro Farm was established in 2004 and the rest is history. Today, Villa Socorro Farm provides sustainable livelihood to 220 partner-farmers who supply Philippine variety “saba” bananas. The fresh bananas are then washed, peeled, thinly sliced, cooked and packed into Sabanana Banana Chips all within 24 hours in the farm's manufacturing facility. With the support of hotels, restaurants, canteens, retailers and exporters, Villa Socorro Farm is able to sell Sabanana Banana Chips all over the Philippines and in 18 other countries around the globe.

Villa Socorro Farm, with the leadership of Mars Aaron, aims to build a Community of Empowered Farmers Living with Pride and Dignity. It may be a small social enterprise, but it definitely has a big heart. 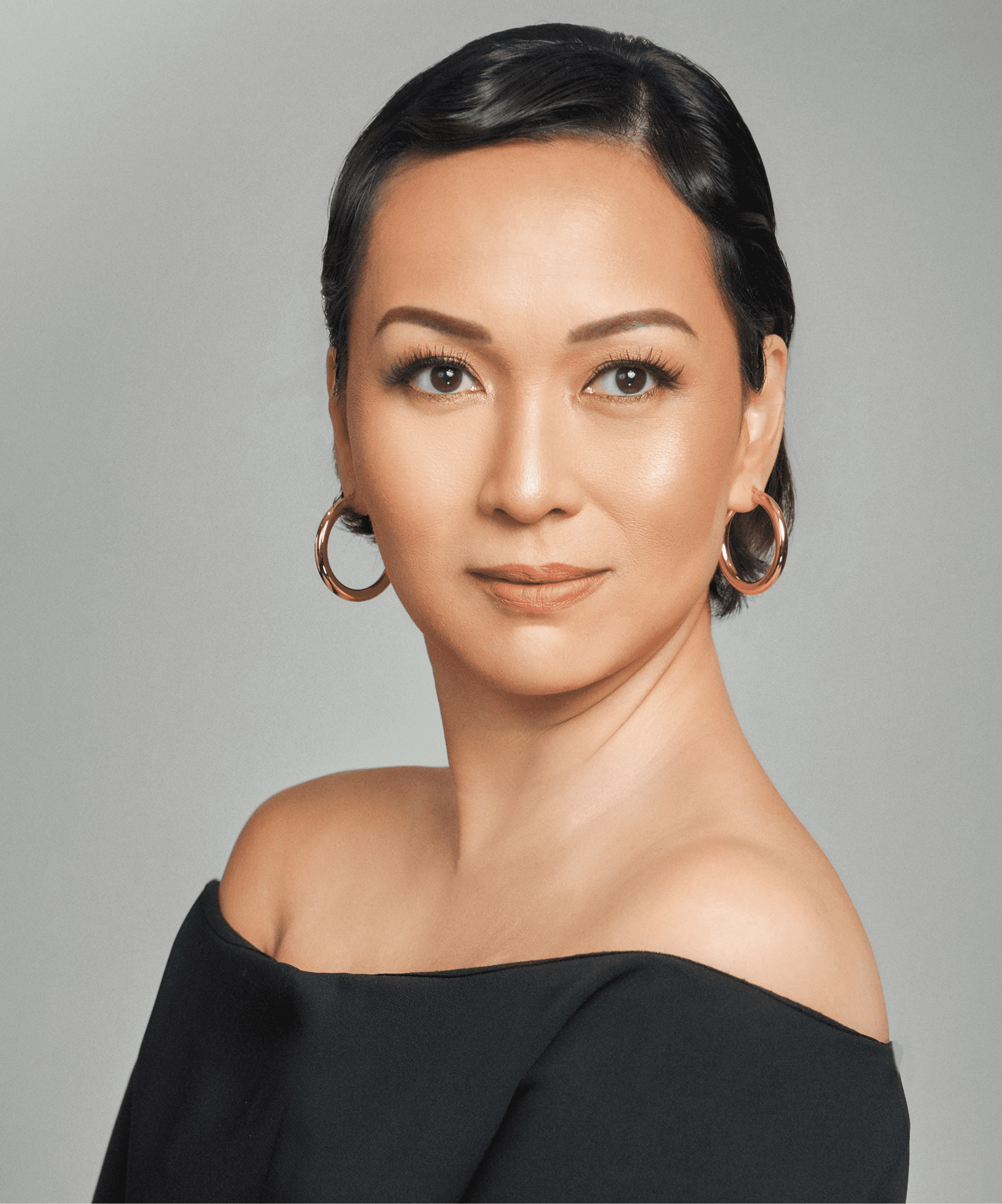 Issa has been with Globe since 2008 and has held various senior leadership roles. Under her watch, Globe rose to Mobile leadership beginning 4Q of 2016, and has held the No.1 position to this day. In August 2019, Globe announced the creation of 917Ventures, the largest corporate incubator in the country. Issa was appointed Managing Director of 917Ventures, tasked to create new businesses beyond telco and to oversee its current portfolio of non-telco brands such as GCash, KonsultaMD, and AdSpark. Issa established a strong foundation for 917Ventures and positioned it for growth by securing approval and funding from key shareholders of Globe, assembling the best team, and building the right infrastructure and processes. In October 2020, Issa was assigned back to Globe and by April 2021, she took on the role of Chief Commercial Officer. Prior to Globe, Issa was in Kraft Foods, Philippines (now known as Mondelez) which gives her more than 20 years of solid experience growing new and existing businesses. She has a Bachelor of Science Degree in Legal Management from the Ateneo de Manila University. 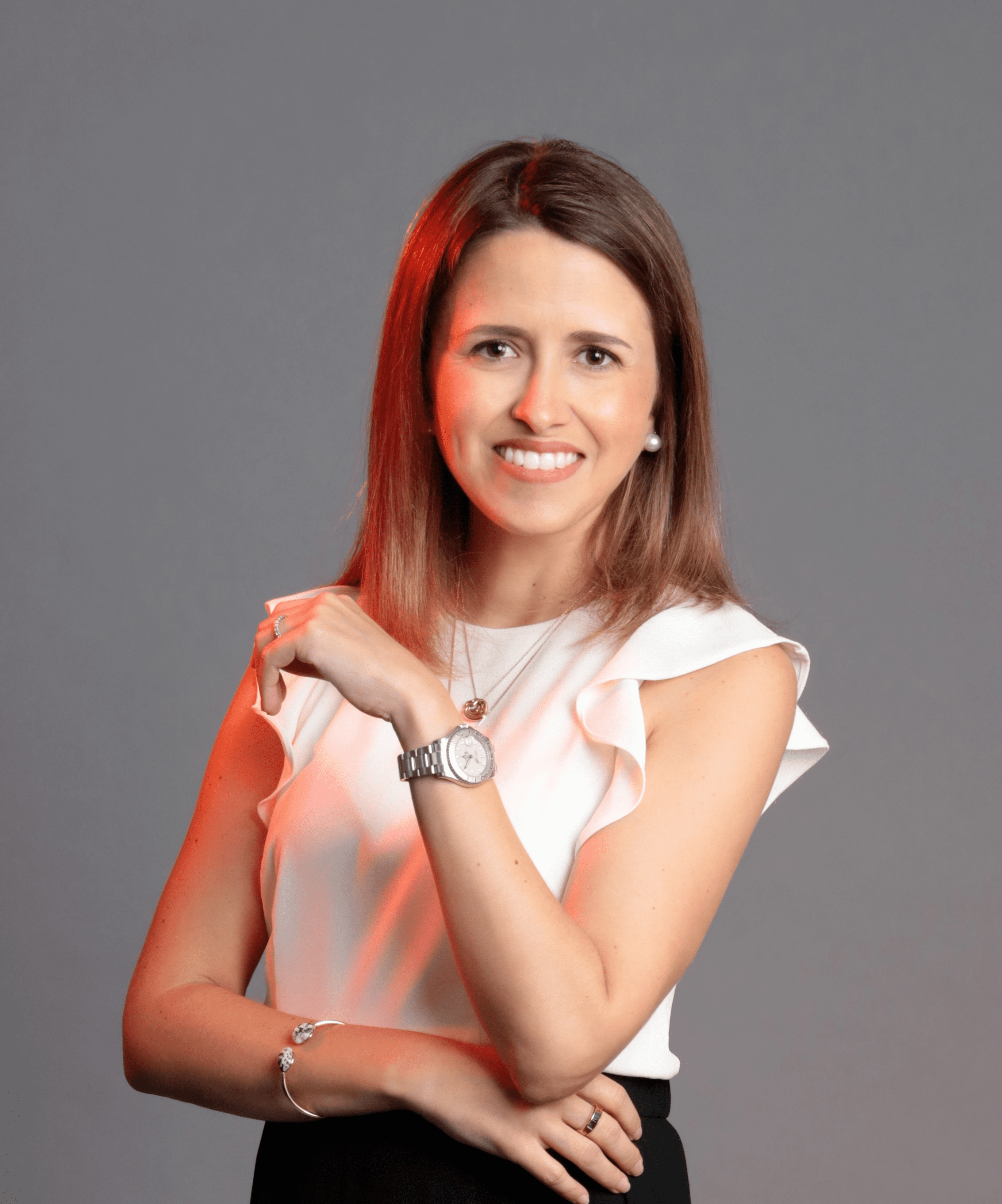 The objective of marketing is to deliver products and experiences that uplift people’s lives. This is the purpose that drives Ana Delgado, Chief Customer Experience Officer and Chief Digital Channels Officer at Union Bank of the Philippines, to change the game in banking through innovation and developing human-centered customer experiences. Ana is obsessed with fixing things and is constantly looking for new ways to make lives better. Under her leadership, Union Bank of the Philippines introduced new and game-changing banking experiences to the market. In 2017, UnionBank launched the first fully-digital branch in the country. The multi-awarded digital branch, called The Ark, has transformed branch banking from a place that simply processes transactions to a venue that brings our customers together for advisory conversations and hosts collaboration events with communities UnionBank serves. She also led the bank into designing and building a mobile and online retail banking platform from scratch. UnionBank was the first local bank to allow customers to open accounts through a mobile banking app, offering a completely digital banking experience before digital banks proliferated the country. Ana graduated Magna Cum Laude with a Bachelor of Arts in Art History from Boston College and obtained her Master’s Degree with distinction in Business Administration from New York University Stern School of Business in 2010. 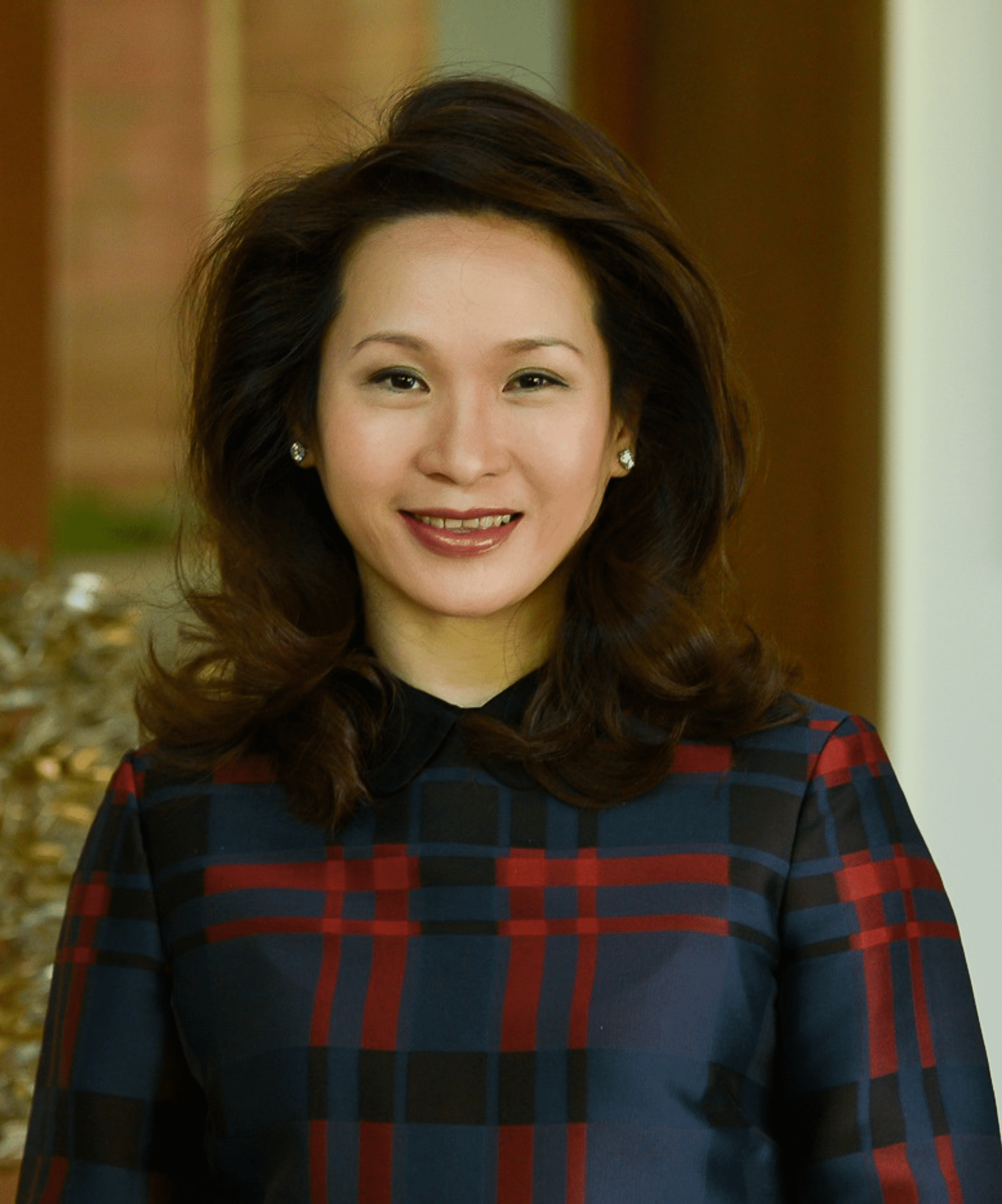 Ms. Angie Go Flaminiano is presently the President and Chief Operating Officer of NutriAsia, one of the country’s biggest food companies with leadership brands in Pinoy condiments. She has been the youngest President of the company, and also its first female president. Angie has over 25 years of management and marketing experience. She started her career with Procter & Gamble (P&G) where she was invited to join its Brand Management team fresh from college. In P&G, she handled a number of brands in various categories and progressed to become the Brand Manager for the ASEAN, Australia and Indian markets for Feminine Care. She left P&G after nine years then joined NutriAsia as Head for Marketing. She steered NutriAsia’s brands to top market positions with double-digit growth year-on-year. Subsequently in 2006, with NutriAsia’s acquisition of Del Monte Pacific Ltd., Angie was tasked to lead and develop the Marketing group of the company as its Chief Marketing Officer. She is credited for doubling the company’s business from the time she took over its Marketing function and won for Del Monte an Asia’s Best Brand award from the CMO International Council. Under her mentoring, the Del Monte Marketing Team won for the country its first and still only Grand Prize in the prestigious Cannes Lions Marketing competition besting 18 countries. Presently, under her leadership, NutriAsia is enjoying record-breaking business performance year-on-year, driven by an organization that consistently shows Engagement Scores that are significantly above industry benchmark, above country benchmark, and above APAC benchmark. Importantly, NutriAsia has been awarded Best Employer (Philippines) for Commitment to Women in 2017 by Aon Hewitt. Angie is a graduate of the University of the Philippines with a degree in B.S. Business Administration and Accountancy, graduating Cum Laude, and is a Certified Public Accountant. She also completed the Advanced Management Program at Harvard Business School. Awards received include the Distinguished Alumna Award from the UP College of Business in December 2014 and the 100 Most Influential Filipina in the World from the Filipina Women’s Network in September 2018.